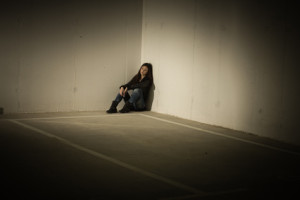 While depression has been intensively studied in adults, the nature and the effects of this condition in younger subjects have been under-explored. In fact, whether youths with depression exhibit similar regional brain structural changes as those reported in adults is a question that remains to be addressed.

Scientists from McGill University, Montreal, decided to investigate this in order to better understand this disorder. The group investigated the relation between age, brain structure morphology, and the presence of one or more additional disorders (co-morbidity) in 80 patients aged 12-25.

From brain MRI scans, Analyze software was used to measure left and right hippocampal volumes and subgenual anterior cingulate cortex volumes. These brain regions have been shown to play an essential role in the limbic system and in modulating aspects of emotional processing, respectively. Reductions in their volumes have been observed in depressed adults.

Results from this study provide us with novel, valuable information regarding depression in youths and highlight the crucial role of altered neurodevelopment in the onset of this disorder.