The Cerebello-Limbic Pathway: a Link between Mind and Body? 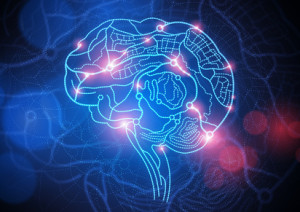 Strong evidence supports the connection between mind and body and most neuroscientists agree that cognitive activity and movement are powerfully connected. The first evidence of such a linkage originated decades ago and eventually redrew the concept of cognitive function, the intellectual process by which one becomes aware of, perceives, or comprehends ideas.

The cerebellum, a structure located where the spinal cord meets the brain, turns out to be a virtual switchboard of cognitive behavior. In the past, this region of the brain was thought to merely coordinate motor behavior by processing signals from the cerebrum and sending them to the motor cortex. In the last few decades, however, a growing body of data has revealed that the cerebellum is also involved in the regulation of learning skills and affective reactions, as well as in forming the association between sensory stimuli and their emotional value.

Several studies indicate the existence of a link between the cerebellum and the limbic system of the brain, a complex set of structures – amygdala, thalamus, hypothalamus and hippocampus – that governs emotions, motivation, and emotional association with memory. While evidence of the activation of different cerebellar regions during functional magnetic resonance imaging (fMRI) tasks of anger, disgust, happiness, sadness and fear has been well-documented, a physical pattern of anatomical connections between these two regions has only recently been investigated.

In a recent study, scientists from the University of Messina, Italy, have detected and analyzed a direct cerebello-limbic pathway using probabilistic tractography. Tractography is a tool for identifying and measuring anatomical connections in the brain non-invasively and in vivo. This technique allows researchers to identify white matter fiber networks and their orientation from diffusion weighted MRI scans, which produce images of the molecular diffusion processes in tissues. This information is then used to reconstruct entire pathways and hence brain connections.

All MRI images from fifteen healthy subjects were spatially normalized and segmentation of anterior thalamic nuclei, amygdalae, hippocampus and hippocampal sub-regions was manually performed using Analyze software. The study proved the existence of a direct pathway connecting the hippocampus – therefore the limbic system – and the cerebellum. These results shed light on the influence of the cerebellum upon non-motor functions and further studies will clarify the physiological role of this direct connection and its involvement in pathological conditions.