Occipital Bending: the Physical Cause behind a Mental Health Disorder? 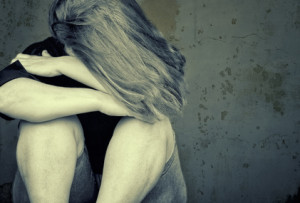 Brain asymmetry refers to the asymmetrical function and structure of the brain. Each hemisphere is specialized in certain tasks and specific areas process particular types of cognitive information. Structurally, the two halves of the human brain are slightly different, in fact some structures may be larger or smaller on one half of the brain than the other.

Certain structural changes are easily observed on CT and MRI scans. For instance occipital bending, which takes place in the occipital lobe – the most posterior lobe of each cerebral hemisphere – and consists of one of the occipital lobes crossing the anterior-posterior axis and wrapping around the other lobe.

As abnormalities in brain asymmetry have been suspected to be involved in the development of psychiatric disorders, the concept that patterns of brain asymmetry might be a biomarker for these conditions has been investigated for some years.

One of the underlying ideas is that this asymmetry could be the result of abnormally enlarged lateral ventricles, channels that carry cerebrospinal fluid through the brain, which lead to occipital lobe displacement. The twisted occipital lobes could be putting pressure on the hippocampus preventing it from growing properly and ultimately upping the chances of someone developing depression.

The results of this study showed that occipital bending is three times more prevalent among patients with major depressive disorder. Although many other factors might affect the presence of this brain asymmetry over and above depression per se, this study provides impetus for future research in major depression.