Neural Networks in Utero: a Milestone in Fetal Development Timeline 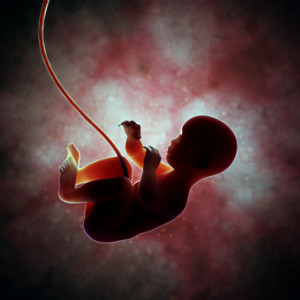 The brain’s neural connectivity pattern is formed by structural links such as synapses or fiber pathways. Understanding brain connectivity is crucial to elucidating how neurons and neural networks process information and the establishment of these functional neural networks is one of the major stages of development of the human fetal brain.

However, the developmental timetable for the emergence of neural functional connectivity during human fetal life is not completely understood.

The bulk of what is known about human brain connectional ontogenesis comes from MRI studies performed on post-mortem fetal brain specimens. However, preterm neonates are not ideal substitutes for learning about typical fetal brain development, because the underlying reason for preterm delivery and environmental factors cannot be disentangled from neurological observations in these cases.

Recent advances in imaging techniques have enabled the use of resting-state functional magnetic resonance imaging (rs-fMRI) for obtaining information about neural network development in utero. rs-fMRI may be used to evaluate regional interactions of areas of the brain when a subject is not performing an explicit task, by observing resting brain activity through changes in blood flow in the brain.

In order to determine if typical resting state intrinsic connectivity networks (ICNs) are present in the human fetal brain, and to further understand their development, researchers from Wayne State University in Detroit obtained rs-fMRI data from 39 fetuses (24-38 weeks postconceptual age) in a cross-sectional study and examined qualitative and quantitative changes in ICNs associated with advancing fetal age.

Because the fetus is encased in an independently moving compartment (the mother), the fetal brain must be segmented before registration may be carried out. Analyze software was used to segment the fetal brain from surrounding tissue at time points of minimal fetal movement.

The investigators demonstrated that many forms of cerebral connectivity are present by the third trimester. In fact, the motor, visual, thalamic, frontal and temporal networks encountered likely represented immature forms of those present in the fully developed brain. They also found that in older fetuses both long-range connectivity across the network and connectivity within ICNs were stronger, and that connectivity to areas outside of the ICNs was reduced.