Nasal strips and decongestants: how do they provide relief from nasal congestion? 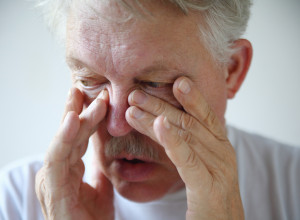 Nasal congestion, often triggered by allergic reactions and common colds, is caused by inflammation of the membranes lining the nasal passage, resulting in nasal blockage. Besides the breathing difficulties associated with this condition, nasal congestion also leads to reduced sense of smell, reduced feelings of well being, and an increased incidence of sleep apnea.

Nasal congestion can be alleviated using decongestants administered orally or via a nasal spray, and/or by the use of nasal strips – mechanical nasal dilators placed across the bridge of the nose. These treatments cause an enlargement in certain parts of the nasal airspace, and in general the more enlarged the nasal cavity becomes, the greater the relief. Magnetic resonance imaging can provide detailed information about the nasal cavity, and while this modality has been used to measure the effectiveness of decongestants, until recently, no MRI studies had been performed on the effectiveness of nasal strips.

Using Analyze software, the nasal cavity was segmented from each MRI scan and divided into eight compartments, separating the airspace into left, right, superior, inferior, anterior and posterior subregions. The cross sectional area and volume for each nasal subregion were measured using the Analyze Region of Interest tool.

The researchers found that while either treatment will increase the volume of the nasal cavity compared to placebo, nasal strips have the greatest volume-increasing impact in the superior-anterior (upper front) regions, whereas nasal spray decongestants have the greatest effect in the inferior-posterior (lower rear) regions. The combination of both treatments gives the greatest volume increase throughout the nasal cavity. The study discourages long term use of decongestants due to the development of rhinitis medicamentosa, but recommends occasional use of the two methods combined to provide greater overall relief.