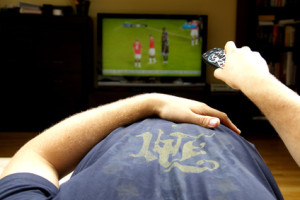 It is known that adipose tissue has a unique role in whole-body energy homeostasis and metabolic health due to its ability to expand and contract through adipocyte hypertrophy and atrophy. On the other hand, there is growing evidence that skeletal muscle may be affected by weight gain as well, since it is the main site of glucose uptake stimulated by insulin signaling.

A study published in the Journal of Clinical Endocrinology & Metabolism examined whether a rapid 10% weight gain, induced by overfeeding, triggers extracellular matrix (ECM) remodeling and inflammation in skeletal muscle and subcutaneous adipose tissue (SAT). This study also investigated if ECM remodeling is associated with low insulin sensitivity, which in turn is a fundamental feature of an impaired metabolic response.

Twenty-nine healthy, weight-stable males completed 8 weeks of overfeeding consuming an excess of about 66156 ± 9960 kcal/day above baseline requirements. The average weight gain was 7.6 ± 2.1 kg, of which 55% consisted of fat and 45% consisted of Fat Free Mass (FFM). Analysis of MRI scans of abdominal subcutaneous and visceral adipose tissue, performed using Analyze software, showed that overfeeding increased the abdominal adipose tissue volume by 31% in the subcutaneous depot and 62% in the visceral depot.

On the molecular level, the investigators demonstrated that rapid increased body weight triggered robust up-regulation of ECM remodeling genes (those associated with tissue architecture, cell adhesion, and angiogenesis) in skeletal muscle and to a lesser degree in SAT. This remodeling correlated with raised inflammation in skeletal muscle, while, on the other hand, inflammation markers remained unchanged in abdominal SAT, suggesting that adipose tissue inflammation may occur secondary to weight gain and may require repeated bouts of energy excess over an extended period of time to reach a critical threshold of sustained inflammation.

The study also demonstrated that mRNA levels of certain skeletal muscle ECM remodeling genes prior to overfeeding were significantly correlated with changes in FFM, in terms of the amount of lean tissue mass deposited during overfeeding, stressing the role of ECM in potentially buffering nutrient excess and maintaining energy homeostasis.

Although this work did not prove any association between skeletal muscle ECM and impaired insulin sensitivity, there is growing evidence that dysregulated ECM remodeling has a unique role contributing to muscle insulin resistance, which in turn is fundamental to the metabolic dysregulation associated with obesity and metabolic dysfunctions. Future research will focus upon understanding these mechanisms in order to identify therapeutic targets for reducing metabolic syndrome risk.