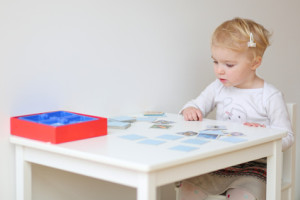 Memory is a highly constructive cognitive process that takes place in our everyday lives and consists of encoding, storing and retrieving information. Our memory is not located in one particular place in the brain, but is instead a brain-wide process during which several different areas of the brain act in conjunction with one another. One of the areas that plays an important role in the consolidation of information from short-term memory to long-term memory is the hippocampus.

Research indicates that this brain region is fundamental for the formation of new autobiographical and fact memories. In fact, the hippocampus may function as a memory “gateway” through which new memories must pass before being permanently stored in the brain. Autobiographical memory is concerned with the recollection of personally experienced past events and personal facts of one’s life. It contributes to an individual’s sense of self, which is developed in the light of past problem solving and achieved by personal choices regarding who and what to associate with.

Abnormal development of the hippocampus has been shown to take place in children exposed during gestation to insufficient thyroid hormones (TH) – hormones produced by the thyroid gland that are primarily responsible for the regulation of metabolism – highlighting the critical role of these hormones in hippocampal formation and functioning.

Based on this evidence, Willoughby et al. investigated autobiographical memory accuracy in children exposed during gestation to insufficient maternal TH, and in others suffering from congenital hypothyroidism, and both groups were compared to controls.

All participants (aged 10-14) took part individually in a 45-minutes staged event, a demonstration/activity where the content was controlled in order to allow less variability across participants’ recollection. They were later interviewed about the staged event in order to assess the accuracy of their recollections: accuracy scores were created by dividing the total number of accurate details recalled by the total number of episodic details remembered. Immediately after that, the children underwent structural MRI scanning. Analyze software was used to outline hippocampal boundaries from anterior to posterior in coronal images. Each hippocampus was further subdivided into anterior and posterior segments and hippocampal volumes were manually traced and measured.

This study provides critical new insight into the effects of early thyroid hormone deficiency on autobiographical memory and has important implications for the treatment of maternal and congenital hypothyroidism.